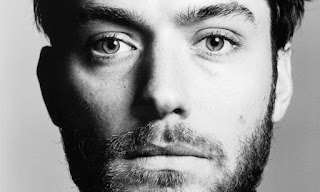 So here is the news: JUDE LAW IS GONG TO PLAY CAPTAIN MARVEL (MAR-VELL...probably)!

The clickbait press was all over this one as soon as the sister publications Deadline and Variety announced that Jude Law was "in talks" and "negotiations" for the role. Headlines over the next couple of days were about 50-50 between "is" and "might be." That "in talks" status seems to be what is current, though the Net-o-shpere is pretty much taking it as a done deal
.

Variety describes the role played by Law as "Doctor Walter Lawson, a.k.a. Mar-Vell, who becomes a mentor of sorts to Danvers as she tries to figure out her new powers."

I think this is an interesting choice. Physically, Jude Law is not as tall as Mar-Vell, nor does he have white or blonde hair and blue eyes, as Mar-Vell has had. He is lean and fit, though. 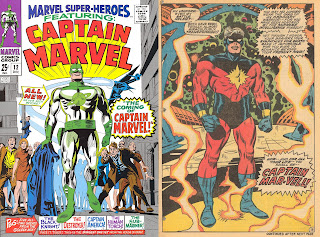 Mar-Vell has gone through several looks during his time. Initially, as drawn by Gene Colan, Don Heck, Dick Ayers, and others, he was a beefy, square-jawed hero, with short white hair and a frustratingly generic average handsome white man face. Gil Kane made him leaner and his face longer and more expressive. Jim Starlin continued that trend, also cueing off of Kane's had given him, and finally Pat Broderick gave him his version of a hero face, with a pompadour and sideburns growing through his mask. 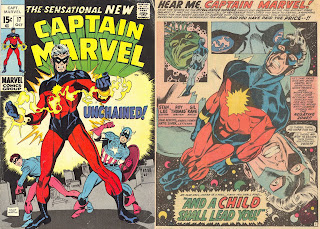 The difference between the Colan and Broderick Mar-Vells were so great, it was almost laughable when, in a Broderick-drawn story, a character saw him without his mask and identified him as Walter Lawson (an alter ego he had not used for ten years, real-time)

This just goes to show that Jude Law's specific features and physique are not so important when casting the role, so we can just move on from that. Instead, let's consider the character and Law's previous body of work.

Marvel Comics' first Captain Marvel was never a top-tier character in terms of popularity. His comic was always teetering on the precipice of cancellation, switched from monthly to bi-monthly, and even was cancelled a few times. The character went through some wild, shark-jumping escapades, being put through major changes at a dizzying rate, often in an attempt to boost sales. Through all these changes, the character, understandably, was confused. He was often "seeking his place in the universe." Having deserted the Kree, then driven from Earth, he was a man without a home for a while. During his lengthy period of sharing time in the Negative Zone with Rick Jones, neither he nor Jones were able to put down any kind of roots anywhere.When the two finally separated their time-sharing for good, he bounced around from place to place, never staying in one place for more than two issues, until he finally found the love of Elysius and settled down on Titan for a few brief years, until he died of cancer.

This rootless uncertainty made him a bit of a tortured soul. Even his "cosmic awareness," granted to him during Jim Starlin's run with the character, could not calm his uncertainty. It did, however, enable hi to handle challenges of a super-villain nature with a sense of yogi-like serenity.

Jude Law has shown himself to be very good at serious, sensitive roles in movies like Gattaca, Cold Mountain, and Enemy at the Gates. If that aspect of his character is explored in the movie, Jude should do well in the role. He has also played a hero mentoring an adventurous female in Sky Captain and the World of Tomorrow. I could see some of that coming into play in his relationship with Carol Danvers.

Mar-Vell was an accomplished warrior for the Kree when he was first introduced in the comics, and his stocky build was perfect for that role. He was constantly battling giant monsters or hordes of enemy soldiers. Jude Law's smaller frame is not, at first glance, built for such a role. In Enemy at the Gates he was a sniper, so being smaller he was able to sneak and hide, and he did not have to engage in fisticuffs. He just had to serenely find his target and shoot.

This would serve the "cosmic awareness" aspect of the character better than the "alien warrior" aspect. When the cosmic entity Eon gave Mar-Vell the power of Cosmic Awareness and made him the "Protector of the Universe" With this new power, instead of having to engage in a slugfest with a powerful foe, he could sense his adversary's weak points and center of balance and defeat him with a minimum of effort in a minimum of time with a minimum of damage. With that ability, the hero does not have to have big, showy muscles. 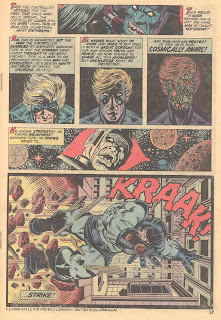 In the "Someone is Wrong on the Internet" department, Cheat Sheet has posted a whole "What We Know About..." article by Brendan Morrow. However, despite most of the article being pretty darn accurate regarding the character of Mar-Vell, the author commits one unforgivable sin. He states "the first time we were ever introduced to someone called Captain Marvel, the character was a man who was referred to as Mar-Vell. He also used the pseudonym Walter Lawson."

As anyone who has watched my video of the history of the many Captain Marvels knows, the original Captain Marvel was Billy Batson's alter ego, into whom he transforms when he says "Shazam!" The fact of this error is compounded by the GIF that is posted in the article of Garret Craig as the Fawcett-DC hero in the 1979 TV special "Legends of the Superheroes: Superhero Roast."


Posted by Captain Zorikh at 3:04 AM No comments: