GENIS, PHYLA, AND MONICA: Marvels in the New Century (Part 15 of the blog history of ALL Captain Marvels)

As the first decade of the New Century ground forward, Marvel Comics found itself with several Captain Marvels and a seeming lack of ability to make any of them "stick."

The most game, and outrageous, attempt, was Peter David's version of Genis-Vell. To catch us up on his status at the time, here is the "splash page" from an issue of that era... 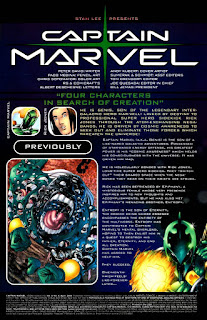 Genis-Vell, as written by Peter David, had gone mad from his constant "cosmic awareness." He also had omnipotent power. This made him a self-described "mad god." He killed himself to end it all, but it didn't stick. He wound up convincing Entropy, (one of the Cosmic Entities of the Universe), to kill his brother Eternity, thus ending the universe. The only survivors were Entropy, Epiphany, Genis-Vell, and Rick Jones. The resultant nothingness was boring, so Rick and Genis convinced Entropy to remake the universe exactly as he knew it, and Entropy became the new Eternity. 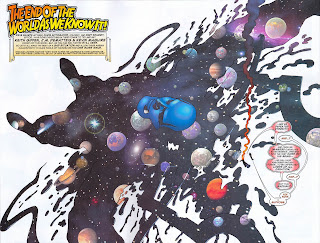 This was actually the origin of Marvel's next Captain Marvel. Try to stay with me on this...

In this new universe, things were ever so slightly different. Genis-Vell was not quite as insane as he was in the original universe. However, the Genis that had existed in the past of this new universe that was just created (complete with a past and everything, so the experience for Genis and Rick Jones was rather like picking up a familiar book and opening it in the middle) was replaced by the Genis that had existed in the original universe (the titular character in this eponymous comic book).

Also in this new universe, Genis-Vell's mother Elysius, who had died in the original universe, was alive here, was aware of the Universal Recreation, and did not like the new Genis-Vell. So she cloned Mar-Vell again, this time into a female named Phyla-Vell, artificially aged her  (as she had Genis-Vell), gave her nega-bands, and made sure she had her father's cosmic awareness. She was to replace Genis-Vell as "The New Captain Marvel." 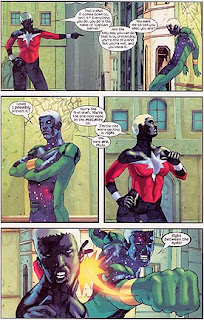 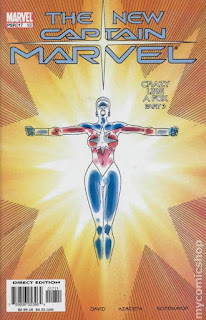 The obligatory conflict ensued, and when the dust settled, Genis-Vell claimed that he was no longer insane and would work to improve himself and make the universe a better place. Was this the truth, or was he now just going to hold his insanity closer to the vest? Only time would tell.

Or would it? Genis and Rick went on to have a few more adventures, one that proved to make him the most tragic superhero ever. It was a time-travel story that led to him deciding to kill his baby son in his crib to  prevent him from growing up to be a super-powered evil galactic emperor. This story confirmed that he would marry and have at least one child with the reformed super-villain, Songbird. 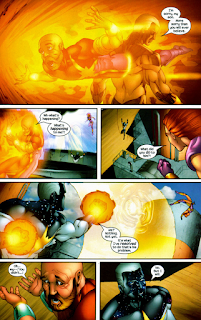 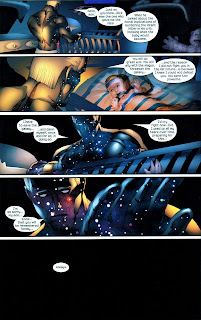 The series was cancelled with the following issue, in a finale that revealed that Rick Jones actually knew that he was in a comic book. In that final issue, it was also revealed that Phyla was a lesbian and she hooked up with the psychic superhero Moondragon, daughter of Drax the Destroyer. 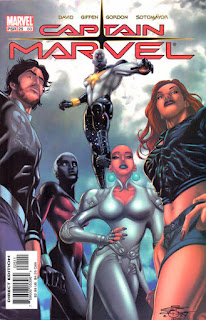 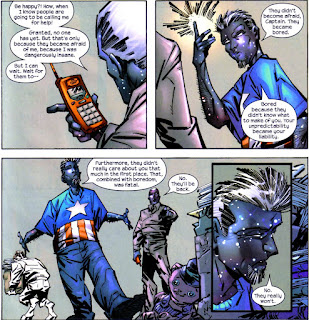 Expediency, one of the "Friendless," personifications of aspects of the universe, informs Genis-Vell of the end of his series.

Genis-Vell then joined the team of reformed super-villains known at the New Thunderbolts (in their self-titled series), of which Songbird was a member. He was killed by the team's giant, Atlas, in a manipulated rage over a her, then came back to life with a new power set and took on a new name, "Photon." 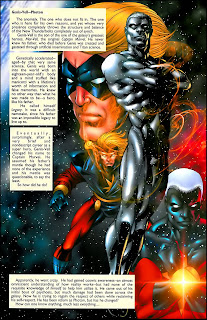 This last part pissed off Monica Rambeau (again), but in a discussion over beers, she decided to call herself "Pulsar."

Genis eventually proved to be an unstable element in the space-time continuum and was torn into pieces and sent to the far corners of space and time by Baron Zemo. He has not been seen since, despite not yet having married Songbird. 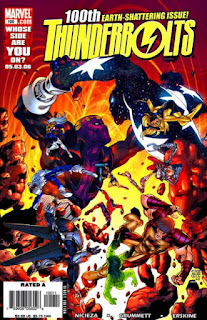 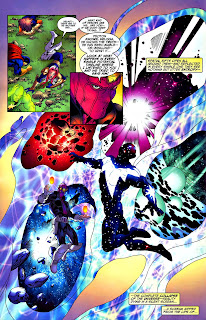 Phyla, meanwhile, spent a brief time as a Captain Marvel, but then gained the quantum bands of  Quasar, Defender (not "protector") of the Universe, and took on that mantle. She served with the Guardians of the Galaxy and went through more drama (at one point, Moondragon actually became a real, space-faring dragon, and the two became the hottest cross-species lesbian superhero couple in comics). She was involved in several company-wide crossover events with the Guardians. Eventually she changed her name to "Martyr," and ultimately got killed. Twice. 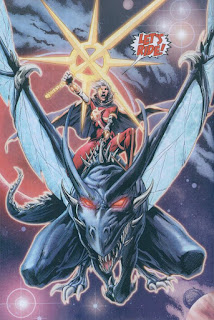 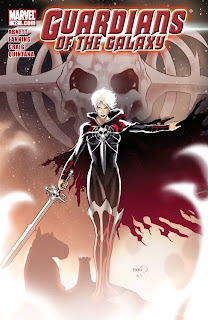 Phyla-Vell getting killed by Magus, the future, evil version of Adam Warlock.

Meanwhile, in 2006-7 Monica reappeared as the leader of a new, satirical superhero team, NextWave, Agents of H.A.T.E., in their eponymous, possibly-not-in-canon 12-issue limited series. 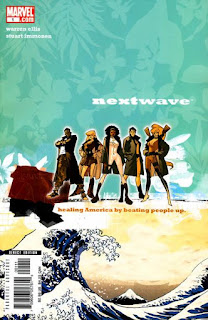 In the course of their (mis)adventures, the team faced the satirical character Forbush-Man. When exposed to his "Forbush-Vision," she faced herself as a mash-up with Mar-Vell and the Ultimates Mahr Vehl with just a touch of SHAZAM! and Superman... 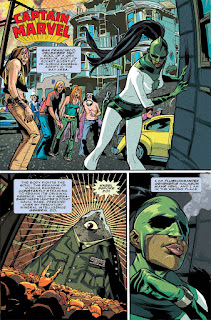 In 2009, she appeared in a mini-series titled Marvel Divas, a sort of Sex and the City take on the friendship between several female superheroes in New York City. 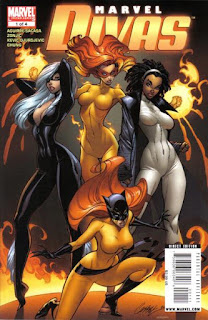 Then, in 2013-2014 she became the field leader of the Mighty Avengers, a new version of Marvel's premiere superhero team, this time led by Luke Cage, Power Man, and notable for having not one member who was not female or a person of color for a time. 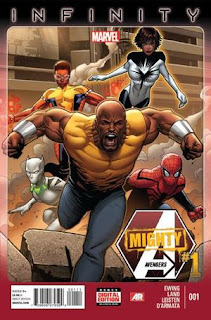 More about Monica Rambeau, and how she teamed up with Carol Danvers, to come!

There is a nice "pull list" of Monica Rambeau at the ScyFy Wire.