Carol Danvers Continued; Part 19 of the Blog history of ALL the Captain Marvels)

When last we left Carol Danvers, it was 1982, and she had just gained the power of a "white hole" (a theoretical astronomical phenomenon that must be the opposite of a "black hole") and became the superhero "Binary" while in outer space with the X-Men. 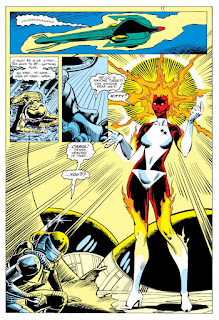 She returned to Earth where, with the help of Professor Xavier, she regained most of her memories, and started to regain her Ms. Marvel powers.

In 1998, she rejoined the Avengers, went back to her second costume (the black leotard with the lightning bolt), and started to lose her Binary powers. She changed her superhero name to "Warbird," became an alcoholic, and was court-martialed out of the Avengers. 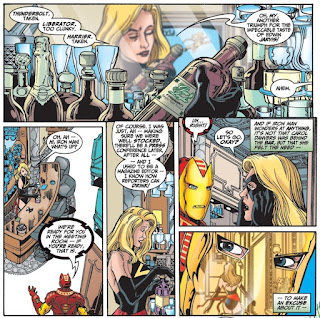 Carol Danvers picking her name with a little help (Avengers #4) 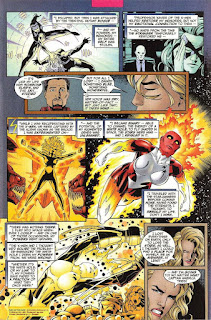 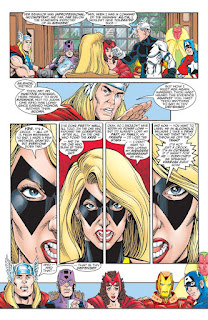 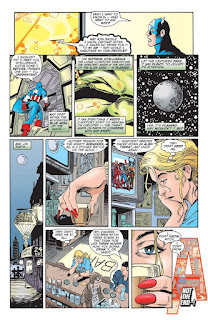 She then recovered from her alcoholism and joined S.H.I.E.L.D, switching to a more militarily-practical costume with utility pockets and an armored vest. 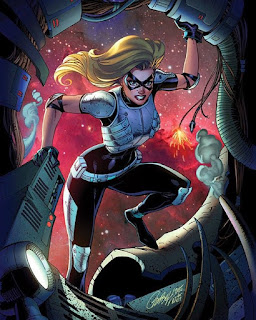 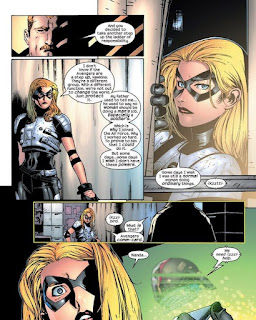 She eventually returned to the Avengers, redeeming herself and regaining her status with the team.
In 2005, Marvel Comics' big company-wide, history-changing crossover event was "House of M," an alternate reality created by the mentally unstable Scarlet Witch in which mutants had become the dominant species. In this world, her friend Carol Danvers was Captain Marvel, who, despite being of human birth, was the greatest hero in the world. In short, she was this reality's Superman. 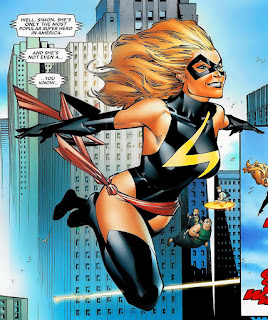 When the storyline concluded and reality was shifted back to normal, she remembered what it felt like to be that successful, confident, and popular. She liked it, and felt that if she could be that there, she could try to be that here, too. She changed her superhero name back to Ms. Marvel, got a publicity agent, and struggled to fight threats cosmic and terrestrial.
In the 2006-7 company-wide crossover event "Civil War," she sided with the government, supporting superhero registration, despite an appeal from Captain America.
It was during this last event that a return apparently occurred. Captain Mar-Vell.
The person who seemed to be the once-dead hero appeared through what appeared to be a hole in time, and he had come to the present day from before he died. He was given the assignment of guarding the orbital prison for unregistered superheroes while he wallowed in melancholy about why he was in a future in which he was dead. 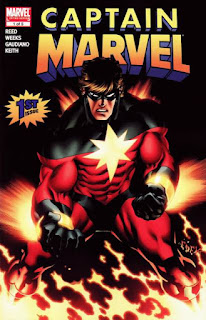 More on this in the next chapter...